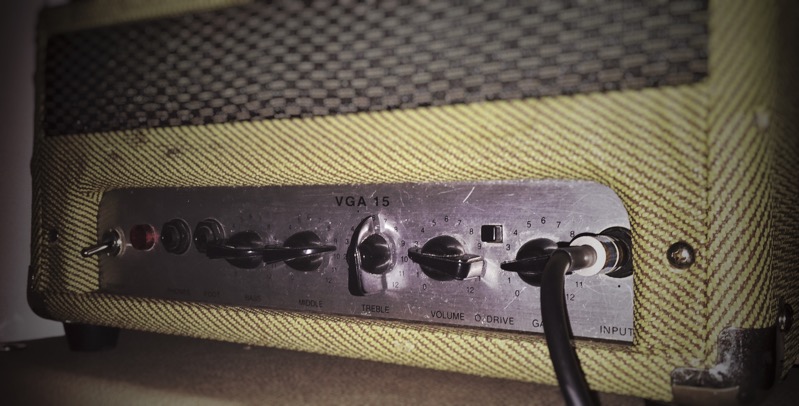 The closest solid state gets to real valves.

I got really lucky with this one…..it was advertised on eBay for local collection only, just down the road from ours, and as spares n repairs.

The tolex had that musty smell of damp and the control panel was covered thick with grime.  But all that really mattered was plugging in and finding it worked great first time!

From a bit of net research it seems Rory Gallagher sometimes used one of these to record with and it’s clear to see why. It’s the first solid state amp I’ve tried that actually breaks up like a valve amp; nailing that Fender Blues Jr territory with considerable guts.

The most disappointing thing about the amp was initially the cheap 8″ speaker, so I set about turning it into a head with the Sloth.

I wanted to create a mini vintage Marshall amp head look for it, so we stripped it down hacked at it here n there and eventually it turned out looking pretty cool. A speaker lead was hard wired for ease. 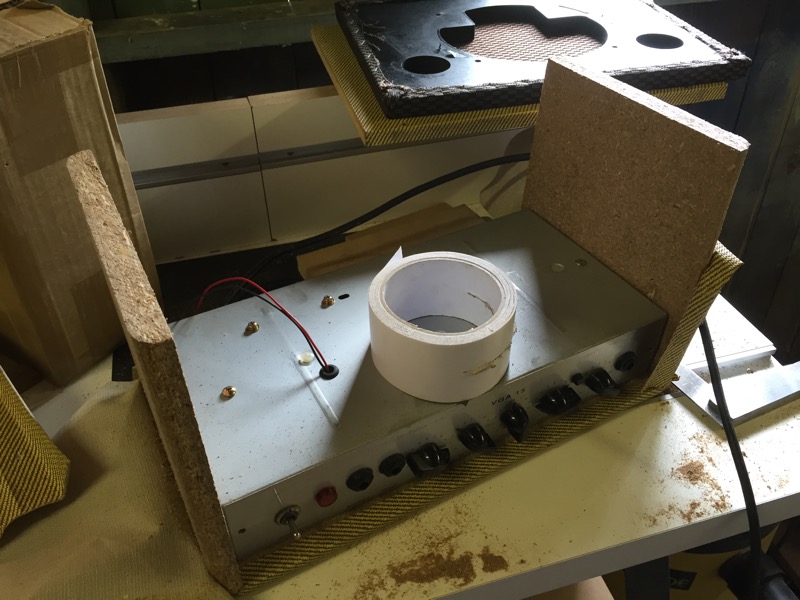 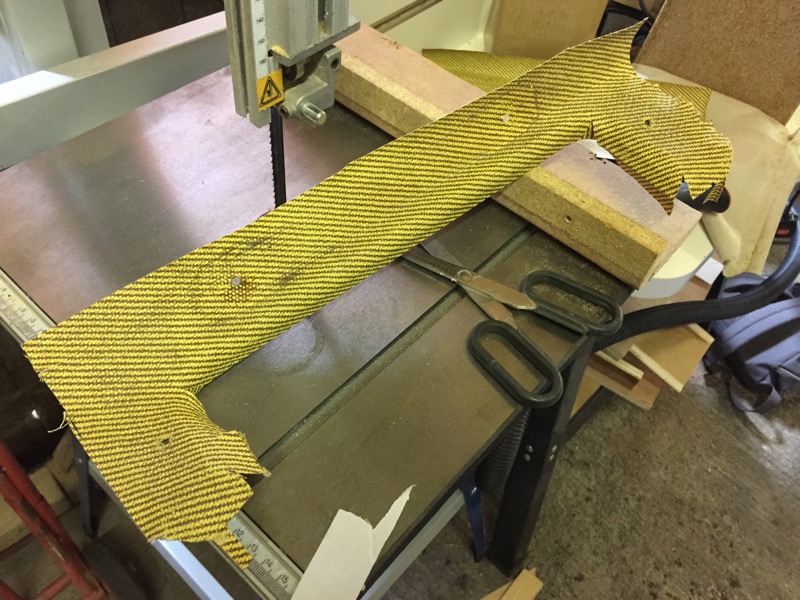 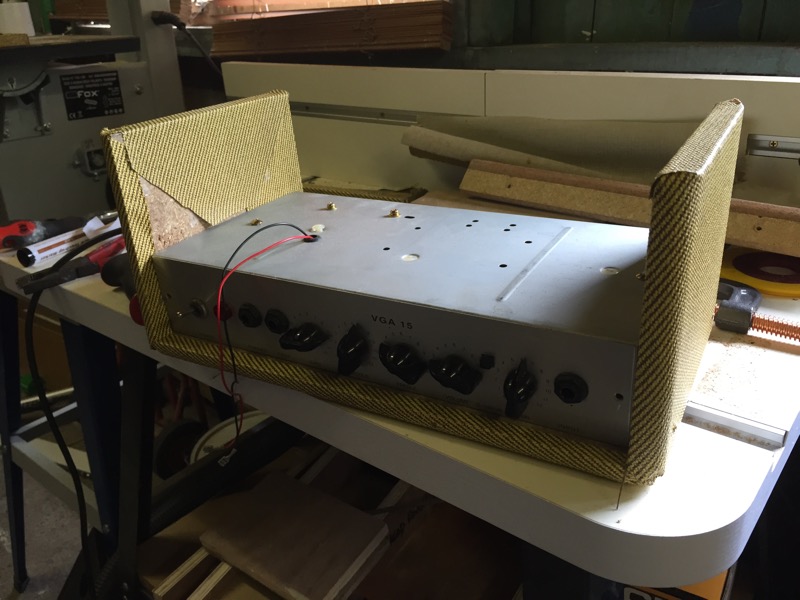 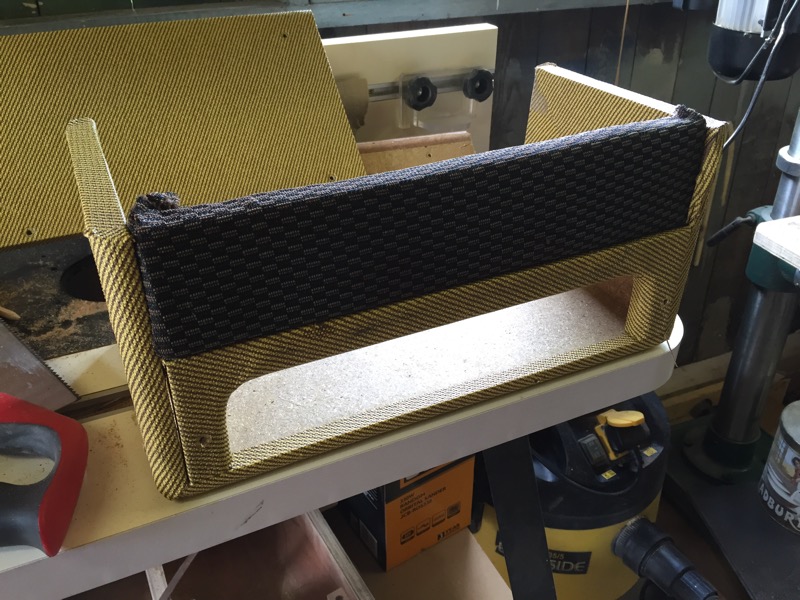 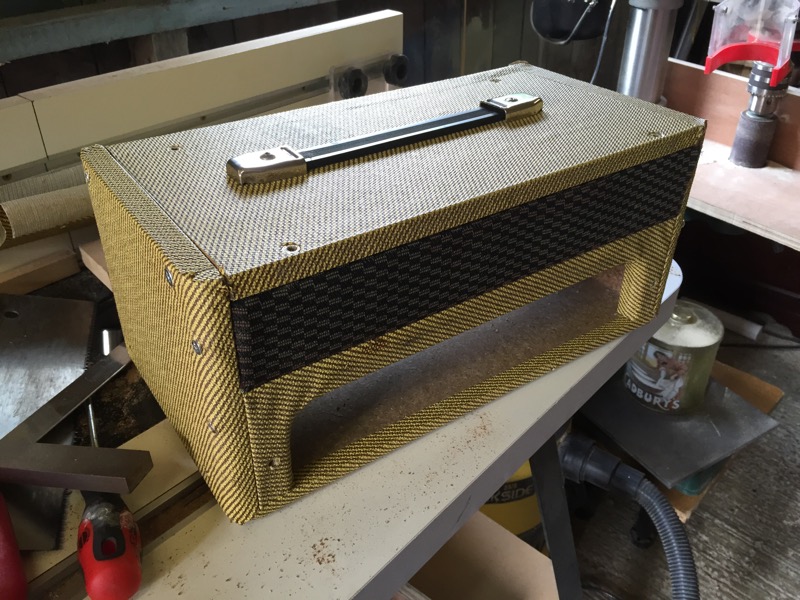 So there it is; after £5.54 and a couple of hours with a band saw the VGA15 is now a head rather than a combo and ready to go with my Weinbrock speaker cab! 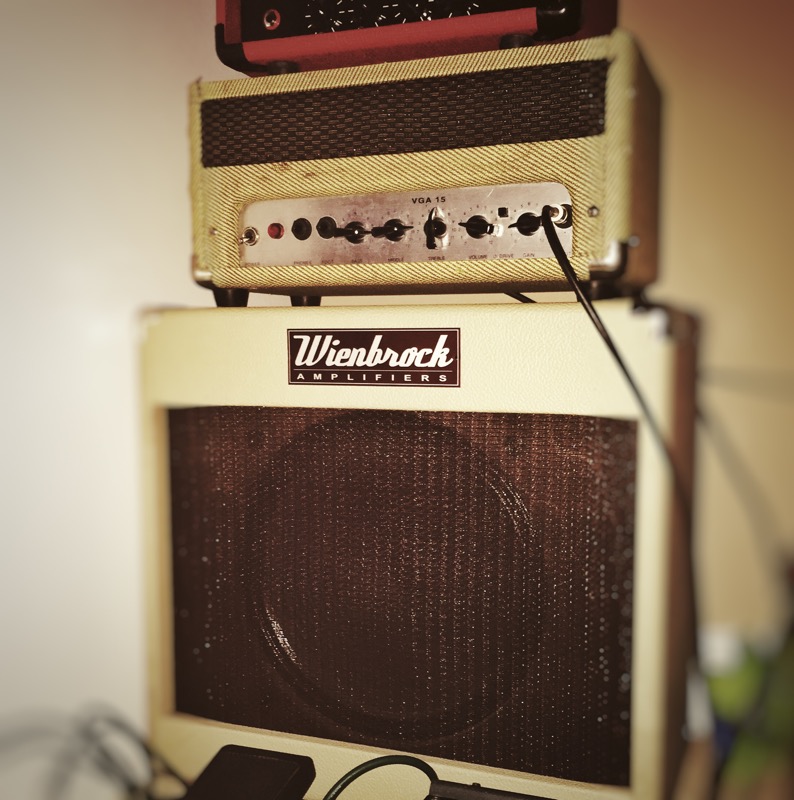 I simply don’t know how they made this solid state cheapo amp sound so good…with the guitar volume on full the sound is pushed to break up, but roll that back and it cleans up beautifully.

It doesn’t like overdrive pedals however; a Klon clone and original TS9 Tubescreamer sound awful through it, showing it may sound like valve, but you can’t push the inbound signal as far as you can with real tubes. The lack of an fx loop is also a ballache. After a few hours tweaking dials I created a patch on the TC Nova System that works pretty well. The amp definitely responds better to distortion than overdrive/boost. 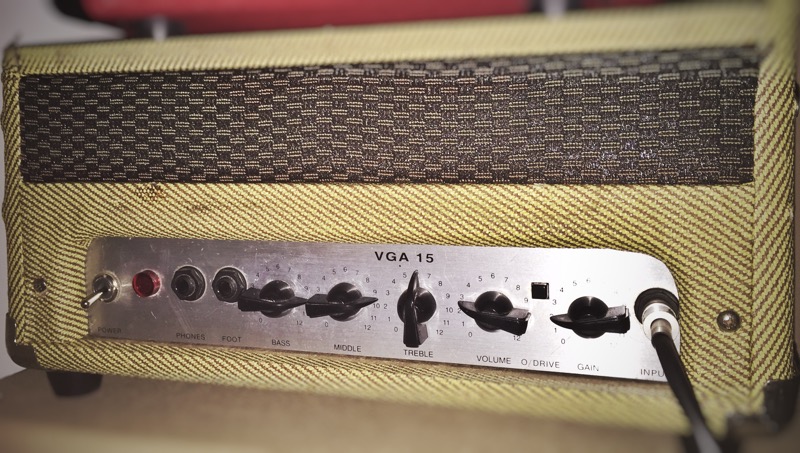