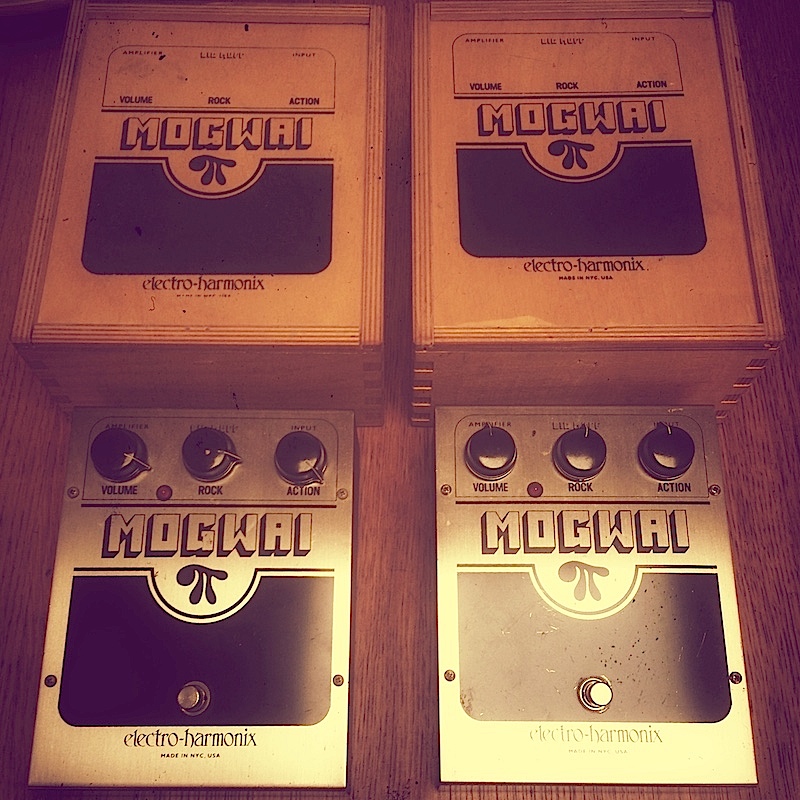 Just 100 of these Mogwai Big Muff pedals were produced for marketing purposes, in support of Mogwai’s 2001 album Rock Action.

They come in a wooden box with the usual Electro Harmonix case candy/sticker. Custom Mogwai graphics on the box and the pedal itself.

All sources say the electric gubbins inside is just a standard USA Big Muff from that time, although both of mine certainly have a slightly darker, edgier tone than a more recent Big Muff or an older Russian Sovtek, both borrowed from friends. It’s subtle, but there are differences.

Both have been played at home and they’re a great tool to have for certain tones. They sound identical.

With only 98 of these in existence outside of my possession, the chances of finding them are incredibly rare.