Many moons back when I was a little lad and my old man used to play guitar very loudly at home through a 74′ Twin Reverb, whenever I tried to use the amp, it sounded as clean as a whistle, just pop music central…then I realised that a little orange box transformed the sound from pop to rock in the stamp of a foot.

This box was my dad’s DS-1 distortion pedal, over the years I’ve had literally hundreds of these pedals. Being the cheapest Boss pedal, I’d be surprised if everyone hadn’t had one at some point too.

Anyway, Christmas just gone (2015) my old man surprised me and handed down the famed DS-1 to me as a gift, it’s an heirloom and an honour to own the box that I first heard back in the early 90’s.

His specific pedal, was a 1986, made in Japan unit. I also have recently acquired a 1993 model which is made in Taiwan.

They both have the famed “black label” 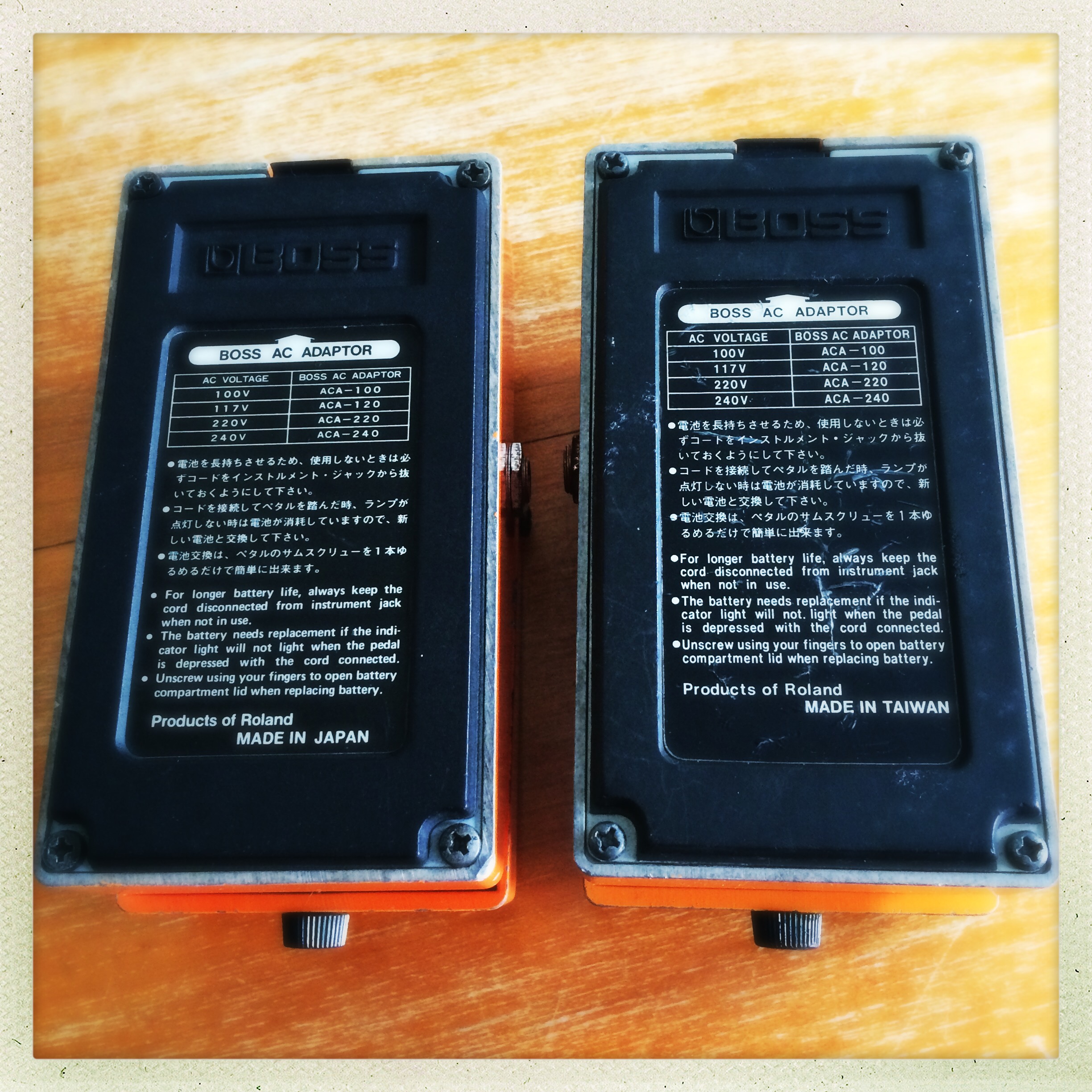 They both have identical construction too, you can tell that from the power supply port at the top. Later ones were flush to the pedal. 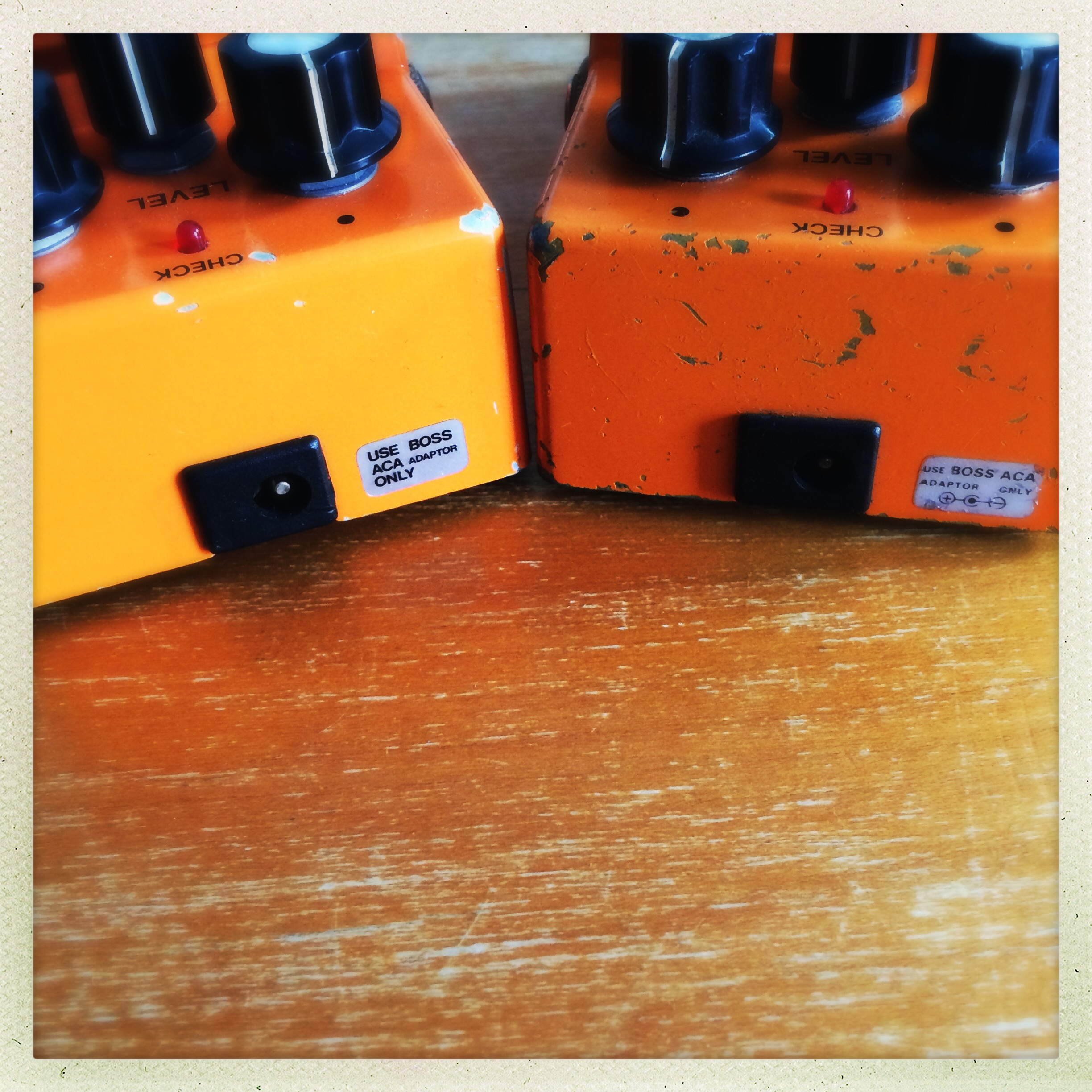 So. Sounds….well, I had planned on making a video showing how they sounded side by side but then I realised…they sound exactly the same, the trouble is, neither pedal sounds different, I’m not about to preach that Japanese Boss pedals are better than Taiwanese, it’s a joke.

I mean, the pair of them sound great, just like an average distortion, nothing fancy, just a distortion.

Not long ago I had a Keeley modded DS-1 with the SEM (seeing eye mod) favourited by Steve Vai. This sounded like a slightly more “gainy” DS-1 to me, with a blinking LED added, that feature was pretty cool…but still, it’s just cosmetic.

The prices of Japanese models are higher than Taiwanese, why?

There may be subtle differences in certain waveforms but are they worth an extra £60? Really?

9 times out of ten it’s in your head, so as Zappa said, “shut up and play yer guitar!”

Which one do I prefer?

That’s easy, I prefer the Japanese one.

Why? Because it’s the first one I heard and it’s a bit battered and sounds great.

Which is the better pedal? Probably the Taiwanese one.

Why? Because it’s battered, newer and it too, sounds great.

To recap, there are millions of pedals out there. Where it’s made doesn’t make a difference, one man’s rubbish is another man’s treasure.