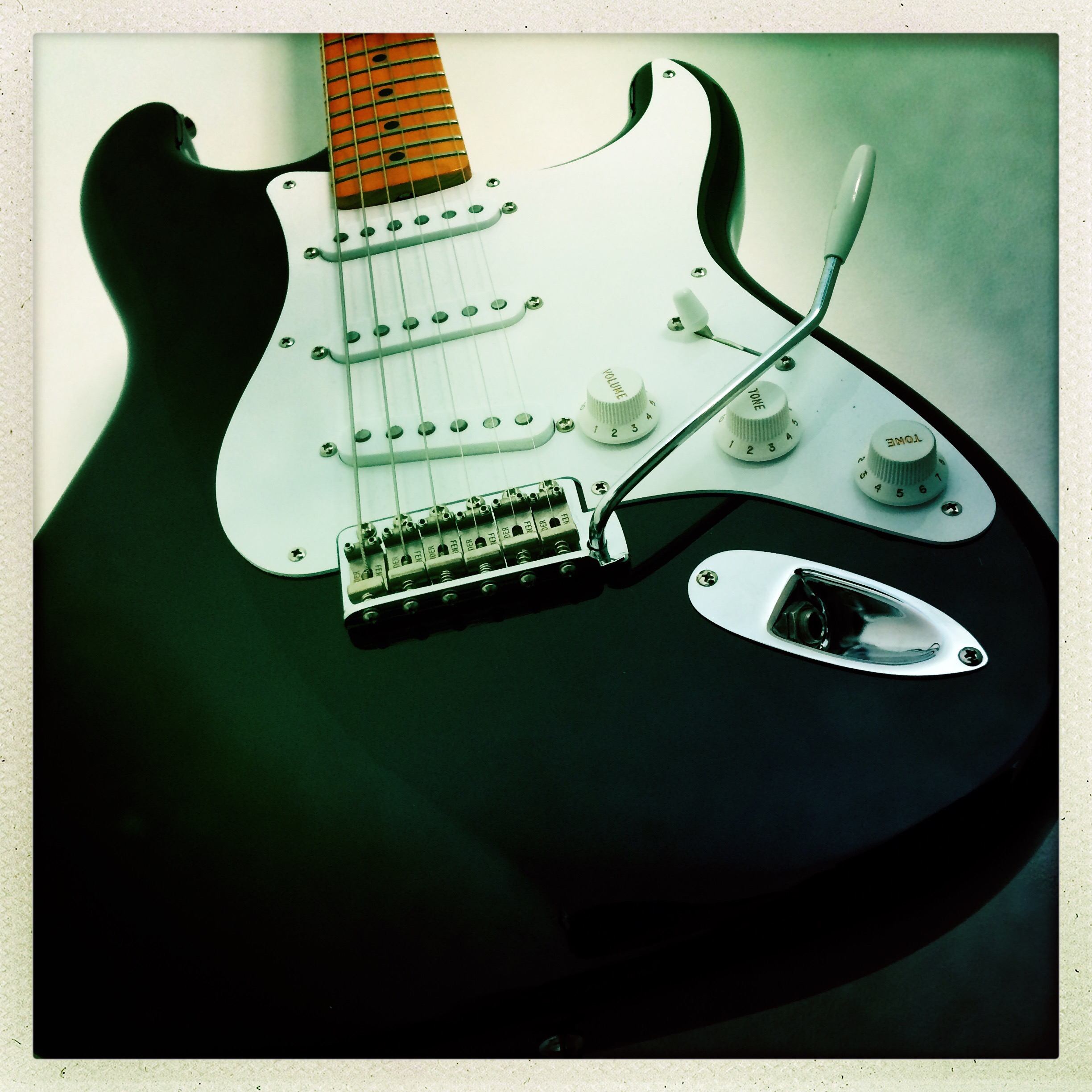 2007 Fender American Hot Rod 57’ Stratocaster.
This guitar was bought as a replacement for a custom shop Stratocaster I’d had for a decade (see AV62 post) I was after a new Strat and was torn between the Hot Rod 57’ model and the Eric Johnson signature guitar, ultimately, this one won due to lack of signature series stigma and being a few hundred quid cheaper.

I went through a week of deliberating about it, it had the flatter radius (which I craved) and it had the 50’s styling which I am partial to.

I drove over to Liverpool to buy it and made a new friend and got my car covered in bird sh*t for the privilege. Once home I plugged it in, sounded OK but I knew that this guitar was going to need some severe modification, mainly due to the electrics, for some reason, Fender had opted for a strange combination of pickups to use in their 2007 Hot Rod 57’, they did a 62’ Hot Rod too, that guitar was left relatively unmolested as far as pickups went but the 57’, well, that was a different story.

Firstly, they’d added a Somarium Cobalt Noiseless (SCN) pickup in the neck and middle positions then added a Dimazio Tone Zone rail thing in the bridge, now, out of the three the Dimarzio had its uses, I mean it was kind of like a mini-humbucker as they are intended, but the other two just sapped all of the “Strat” out of the guitar, it sounded bloody awful. 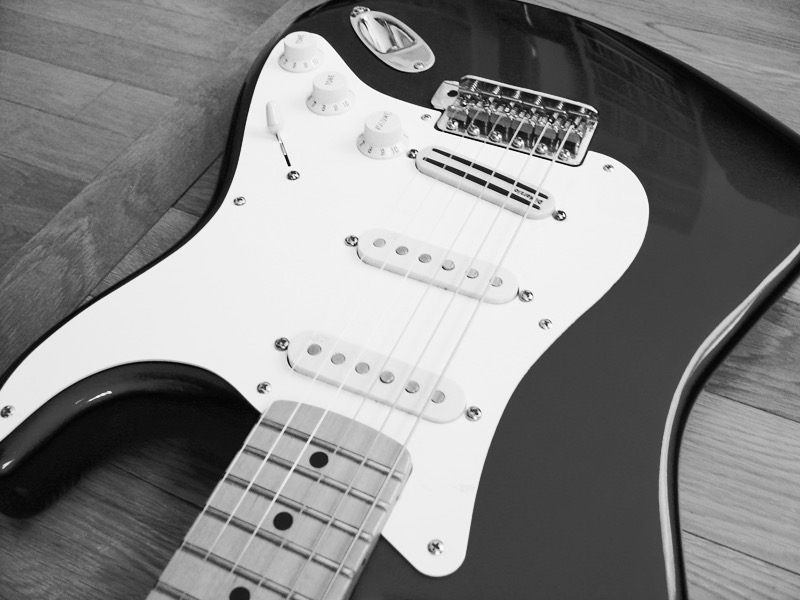 So after trying to live with these pickups for a matter of weeks, they were pulled out. The rest of the guitar was well constructed aside from the neck being finished with the frets on and having slight excess lacquer on the edges of the fret, these have now been sorted with some careful elbow grease.
After a short while of debating what pickups to put I spoke with my friend Matthew Bascetta at House of Tone pickups regarding a good solid Strat set with 42 AWG Formvar wire and Alnico 5 magnets, he built them for me using the grey bottom bobbins used on late 60’s Strats, he signed them all too which is a nice touch. 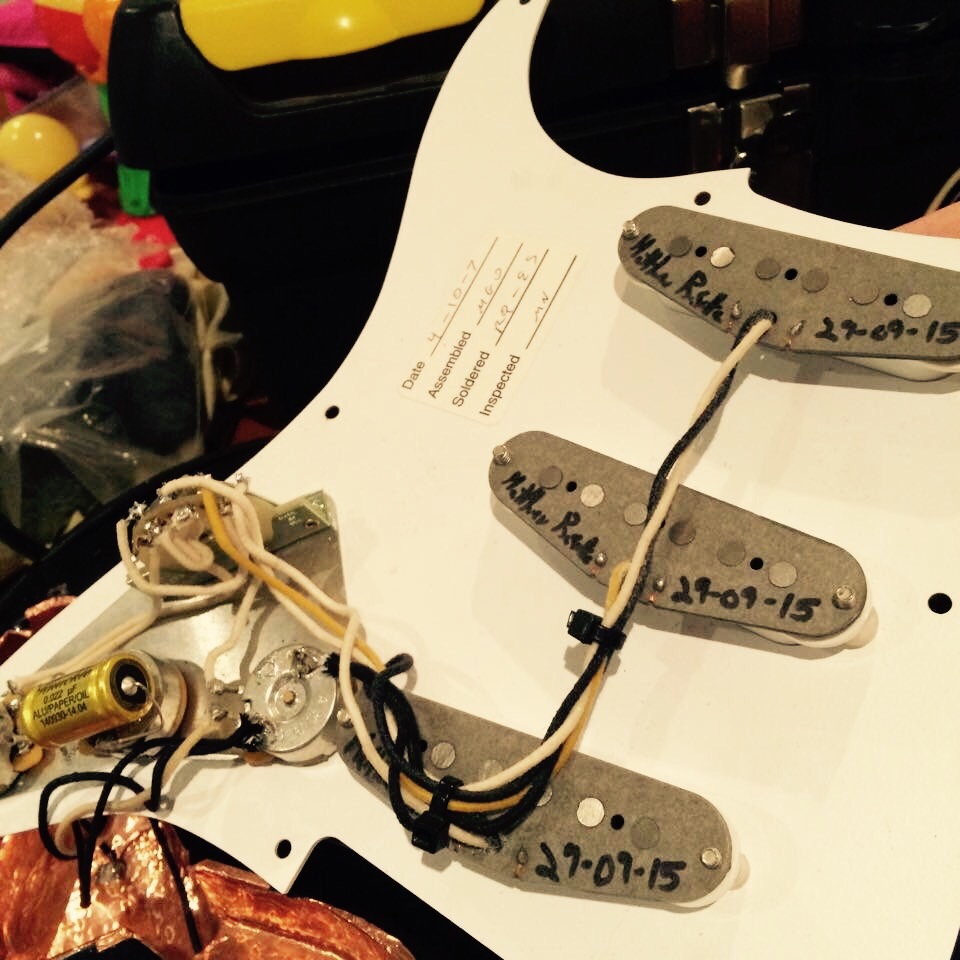 I coupled this with a Jensen paper in oil capacitor and a CRL 5 way switch, the original switch was fine however, Fender used an Oak Grigsby switch in their reissue guitars and I have always felt that these are not quite as solid as the spring loaded CRL so it was changed with the capacitor, I tidied up the rest of the wiring and changed all the plastic covered stuff for vintage period correct cloth stuff.
Once it was all wired up and put back together, I plugged it into to my Blues Deville 4×10 and gave it a blast, how did it sound? Like a good Strat should, clear, Californian and legendary. 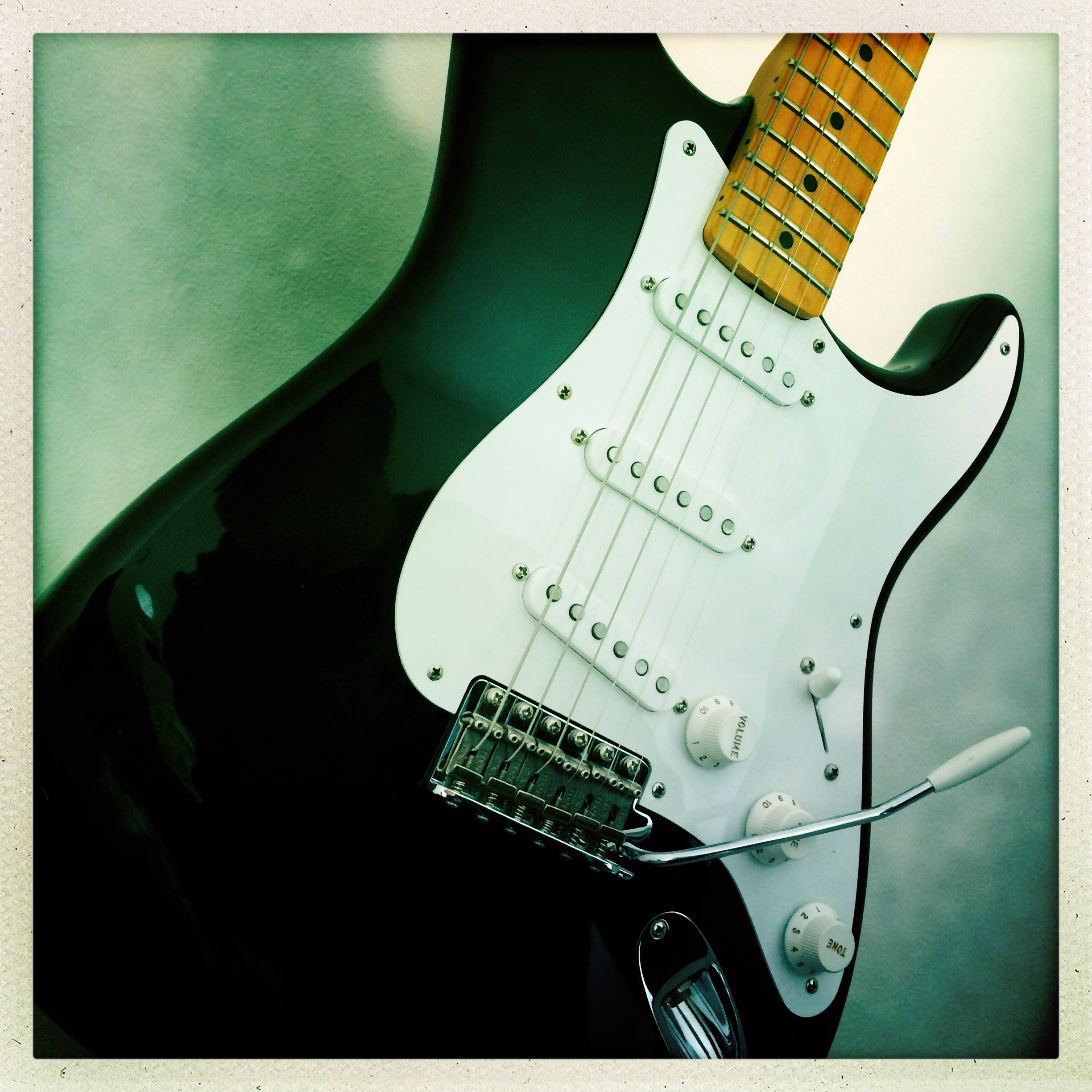 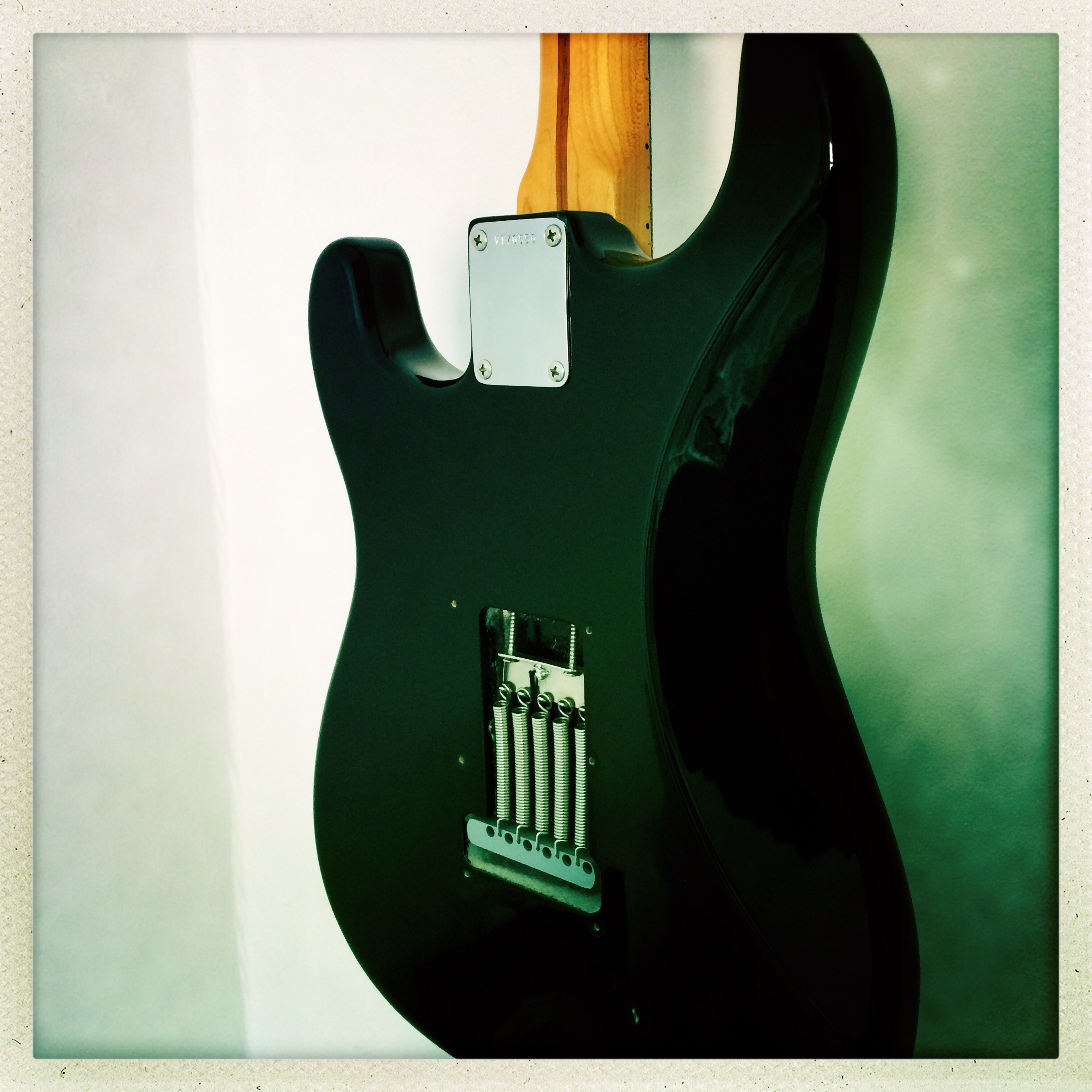 I took it to rehearsals for a gig we had at Halloween in 2015 and it performed a whole load better than previous rehearsals, the pickups had really made a difference, I think the main thing was that they no longer looked odd, it now looked and sounded like a proper Stratocaster.
My issue came when we arrived at the gig and started our set, in between songs, the buzzing and hum that was coming out of my guitar was unbearable, so as soon as each song finished, I had to kill my volume pot very quickly, only the bassist noticed which was lucky for me!
As soon as I got home, I ordered some copper foil tape from china for £2.00, oddly enough, the pickup cavity had already been copper taped when I bought the guitar, so I did wonder why the previous owner hadn’t done the rest of guitar, needless to say, the tape arrived and I spent an evening taping every imaginable part of the pickguard making a cage that Mr. Farraday would be proud of and bingo, hum gone. 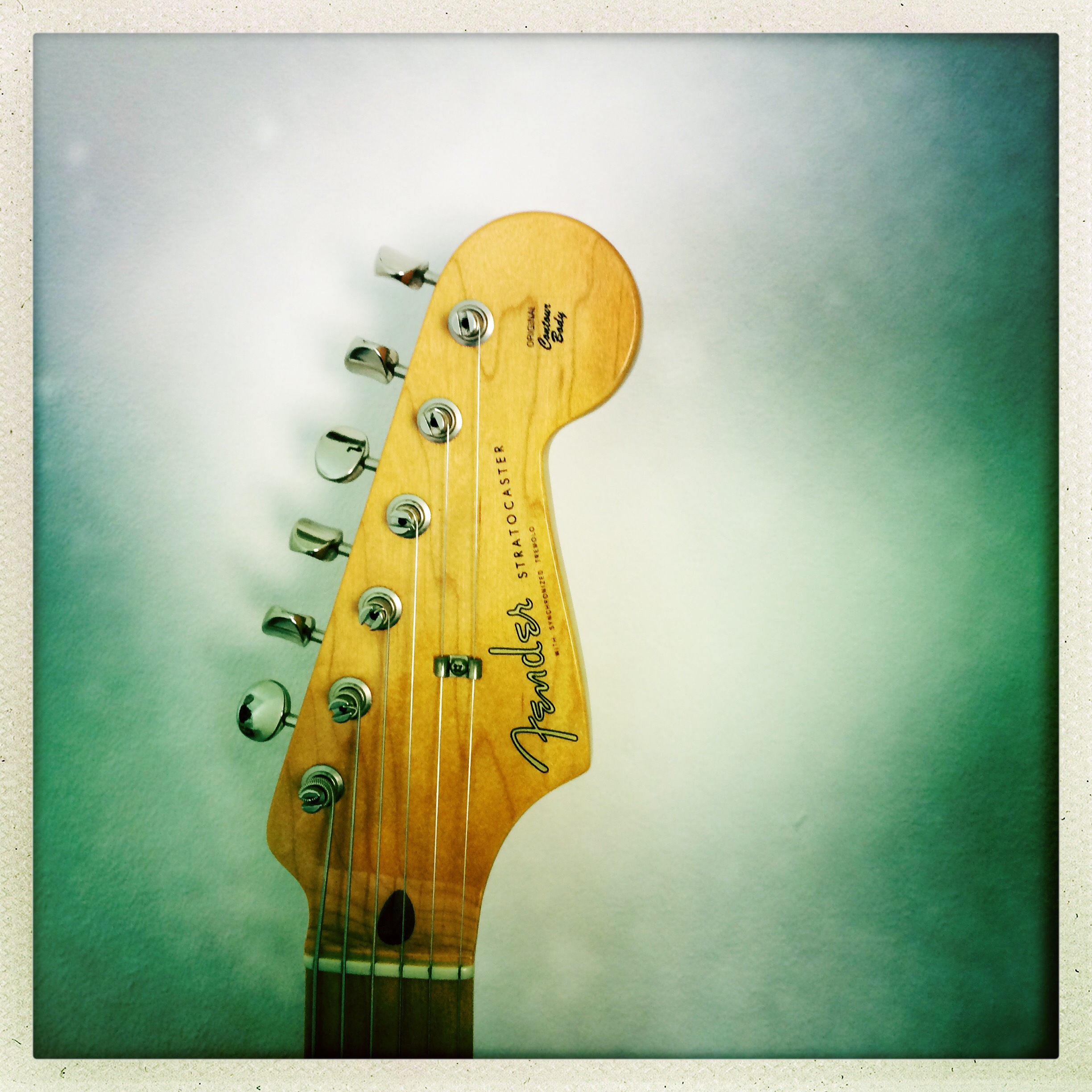 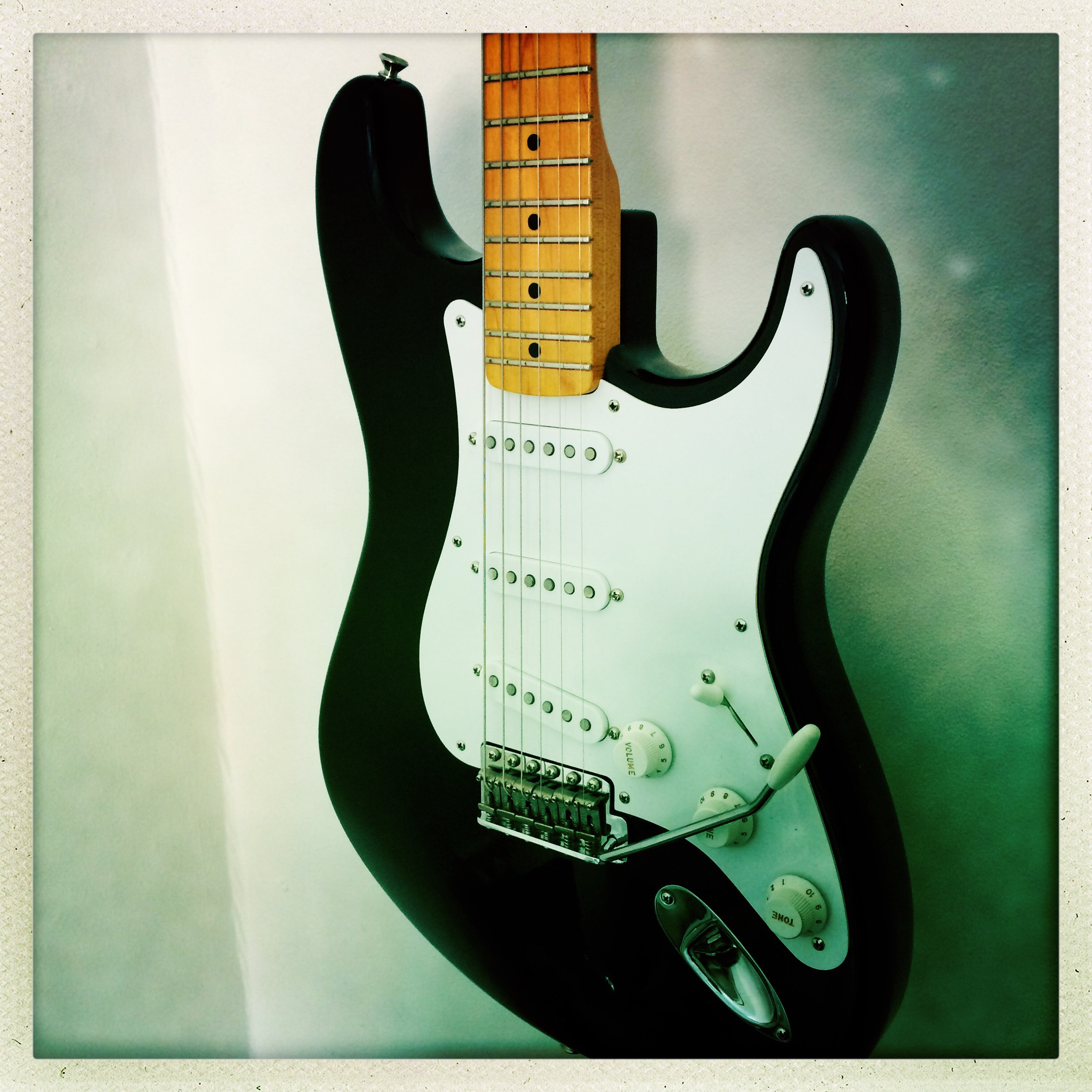 So, this 2007 Hot Rod Strat has turned into quite the guitar now, much more improved sound and look, I guess you could call it a hot hot rod, but then, who could be bothered? 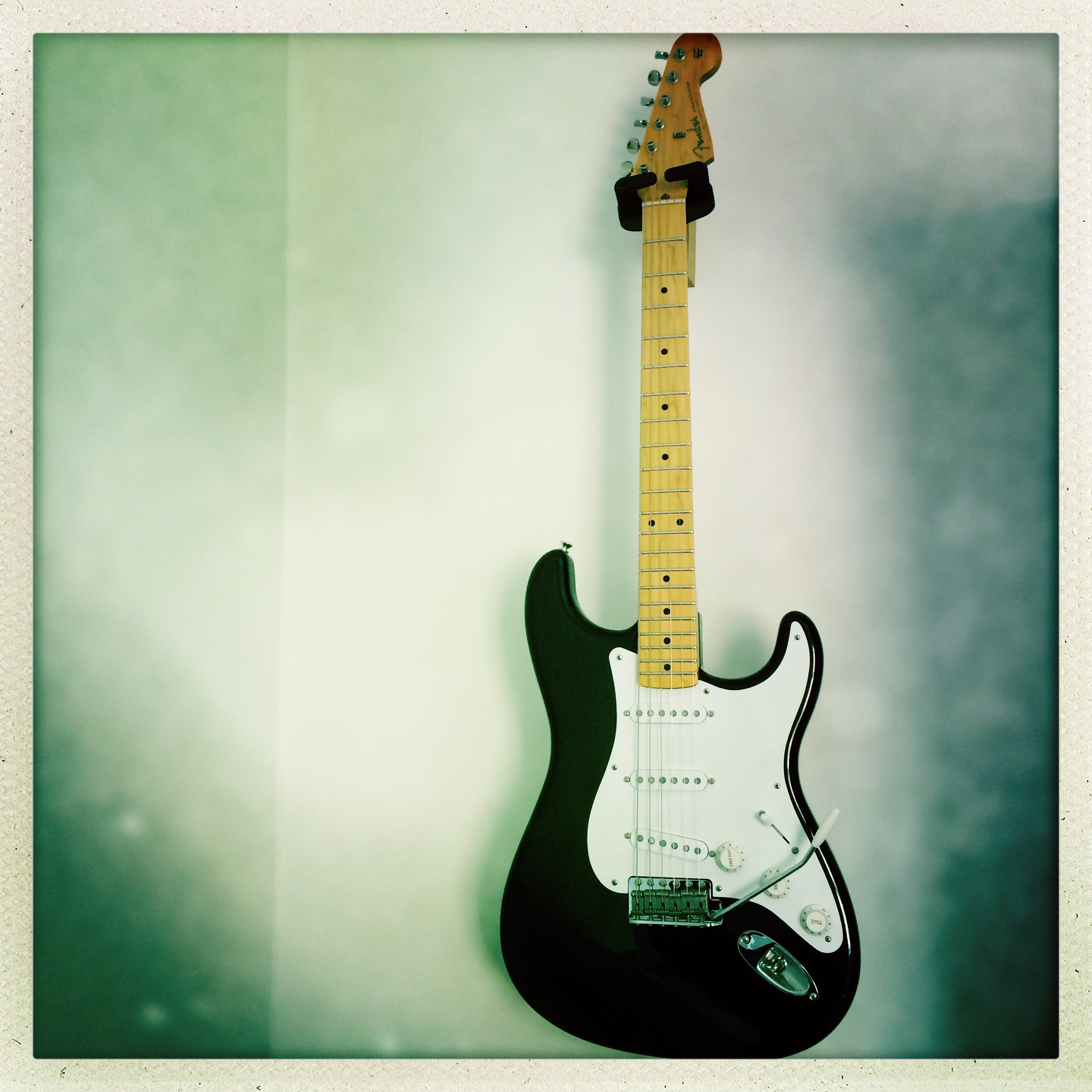