I recently received a phone call from a friend of mine who was suffering from a severe case of AAS…(acoustic acquisition syndrome) he needed rid of a guitar that he’d bought after seeking my advice to pull the trigger so to speak.
The guitar in question was a Strat. Nothing fancy, just a plain old reissue Strat.

I’d seen the link he sent me when he bought it and I thought that it was a good price. At the time however, I was very anti-vintage reissue strats as they had the seemingly pointless 7.25″ radius.
(A little backstory, I have played strats since I was 8 years old, I love them, always will. I had a custom shop 69′ Strat for a decade before playing a lot of Gibsons and becoming used to the flatter radius and in turn, lower action. This resulted in me selling my beloved, signed by Robin Trower, rubbed on Hendrix’ amp, used on all my recordings-Strat. It was a hard day to see it leave…anyway, after the sale, I bought a 57′ hot rod Strat to replace my custom shop…more on this later, I bought this from the friend I reference in this post…)
So. After buying the hot rod Strat off my mate, he then replaces his hot rod with an Eric Johnson signature Strat and later, this 62′ reissue Strat you see here. 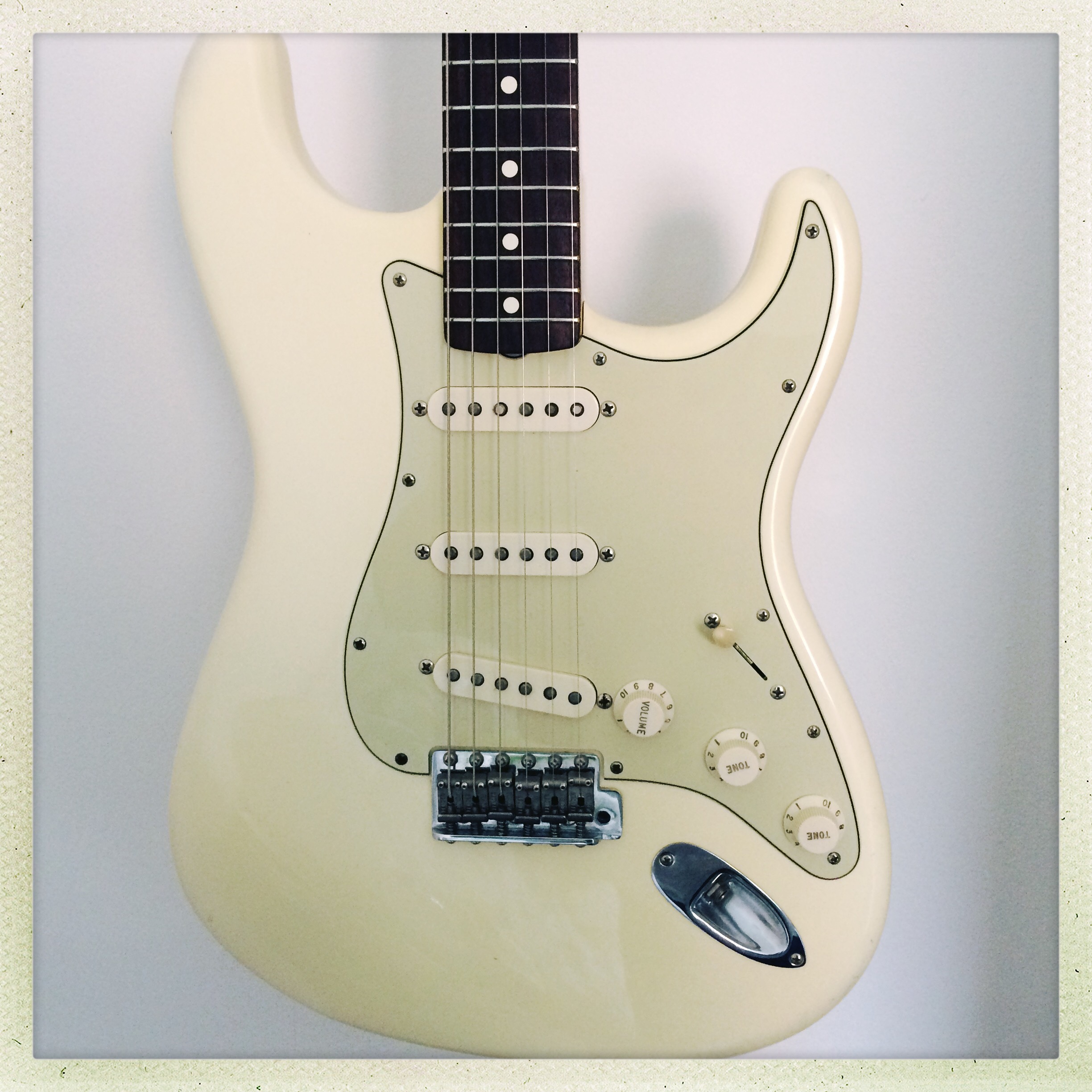 The link he sent me originally, said 62′ reissue Strat, used, no case. He bought it regardless…after all, who plays the case? He asked if it was a good deal, being a lover of all vintage looking strats, I said go for it and he did.
He loved the 62′ so much, that he sold his Eric Johnson Strat that he’d played for approximately 2 hours and kept hold of the used 62!

Not 6 months went buy until I received an email asking if I’d be interested in the Strat…being a huge Hendrix head, any white/rosewood or black/maple Strat is a winner in my book, so after he’d told me what he wanted and why he was selling…to fund a nice Gibson J45, a deal was agreed.
I drove over, dumped the cash, drove home, Strat in tow, past Strawberry Fields in Liverpool and headed home.
In my guitar playing time, I’ve had around 3/4 of these white 62′ reissue Strats, I love them, they look the business and if you can work with or tolerate the curved 7.25″ radius, which, to be fair I had been a bit of a wimp about with my last Strat…then these are just great guitars.

This specific model, is used. I mean, it’s not destroyed or anything but it does have a few little battle scars on the bottom of the body, few marks here and there but other than them (and a little fretwear) the guitar is good to go.
It’s a 2006 which I can confirm by the neck date and, what is even rarer is the guitar is completely stock! Not even had its switch changed. This guitar has been used properly, out of the case, used, played, gig bagged, here there and everywhere.

I initially bought this from my mate as a quick flip, get it sold, of no use to me…however, one thing I remember from these guitars is that the white was almost too white…and therefore to bright for most eyes. 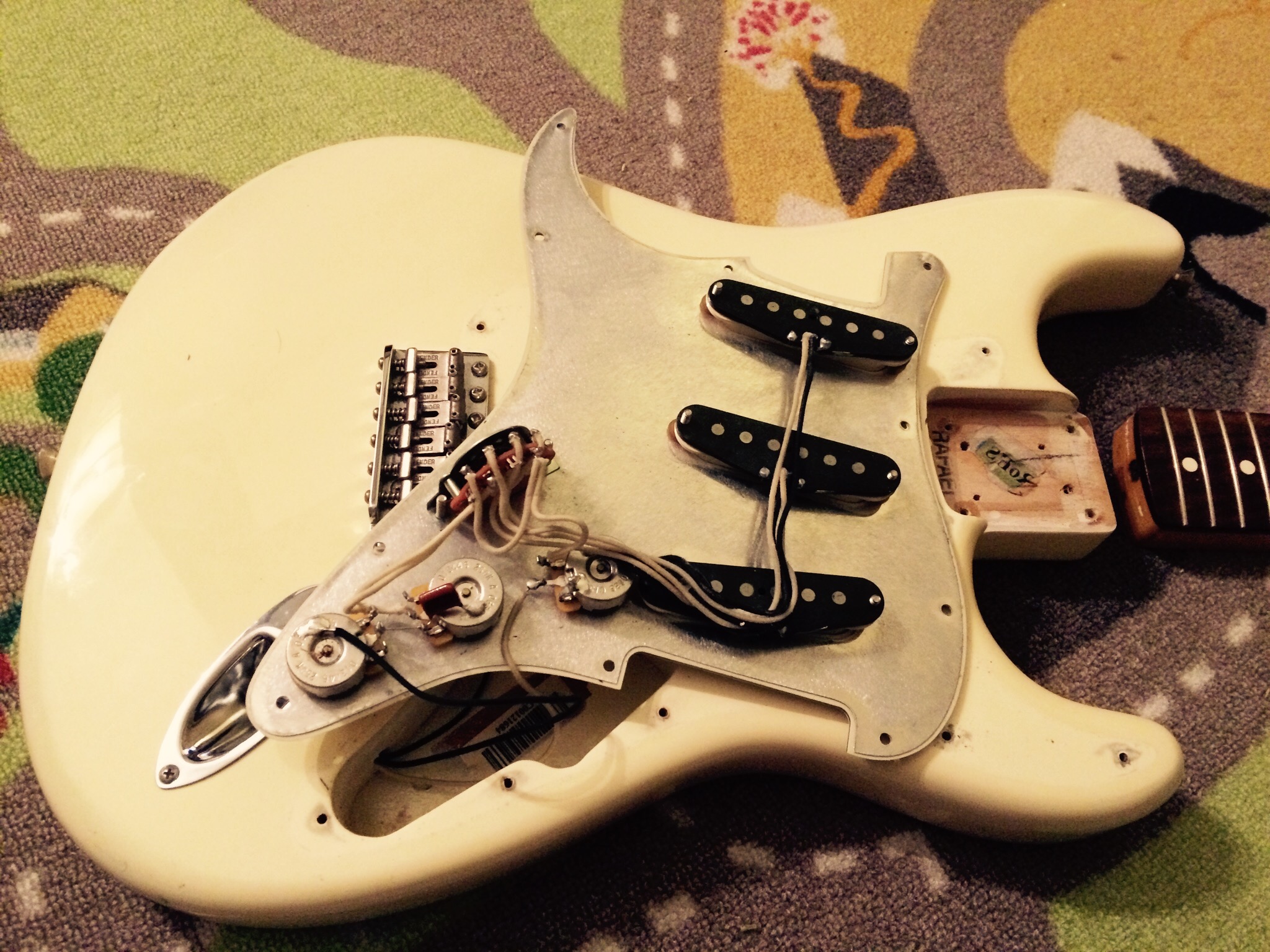 This one was quite the opposite, having had a decade of use, the nitrocellulose Olympic White has turned into a wonderful cream colour, much like the infamous Woodstock Strat. This does look great however, the guitar being stock means that it still has its “mint” green pickguard which emulates the nitrate guards of the 60’s…to me, they’ve always seemed a bit cheap, even on super expensive Custom Shop guitars, anyway, I tested a nitrate tortoiseshell guard on it last week (I know, they’re gross, I have a soft spot for them on black, white or sunburst guitars ok?!) it’s back to it’s original “mint” now.
The mint doesn’t work too well with the cream so it may get swapped out for a set of “parchment” plastics, which do look great on white or cream guitars.

The fretboard is a wonderful piece of rosewood too, nice and dark like the old Brazillian rosewood slab boards from the old 60’s Strats…one thing, they don’t use clay dots on these guitars…they did used to shrink over the years but I suspect cost cutting.
So, the initial idea of this Strat of being, buy it, flog it (mainly due to its radius) has been slightly washed out of my mind and I’m now considering flogging the hot rod! 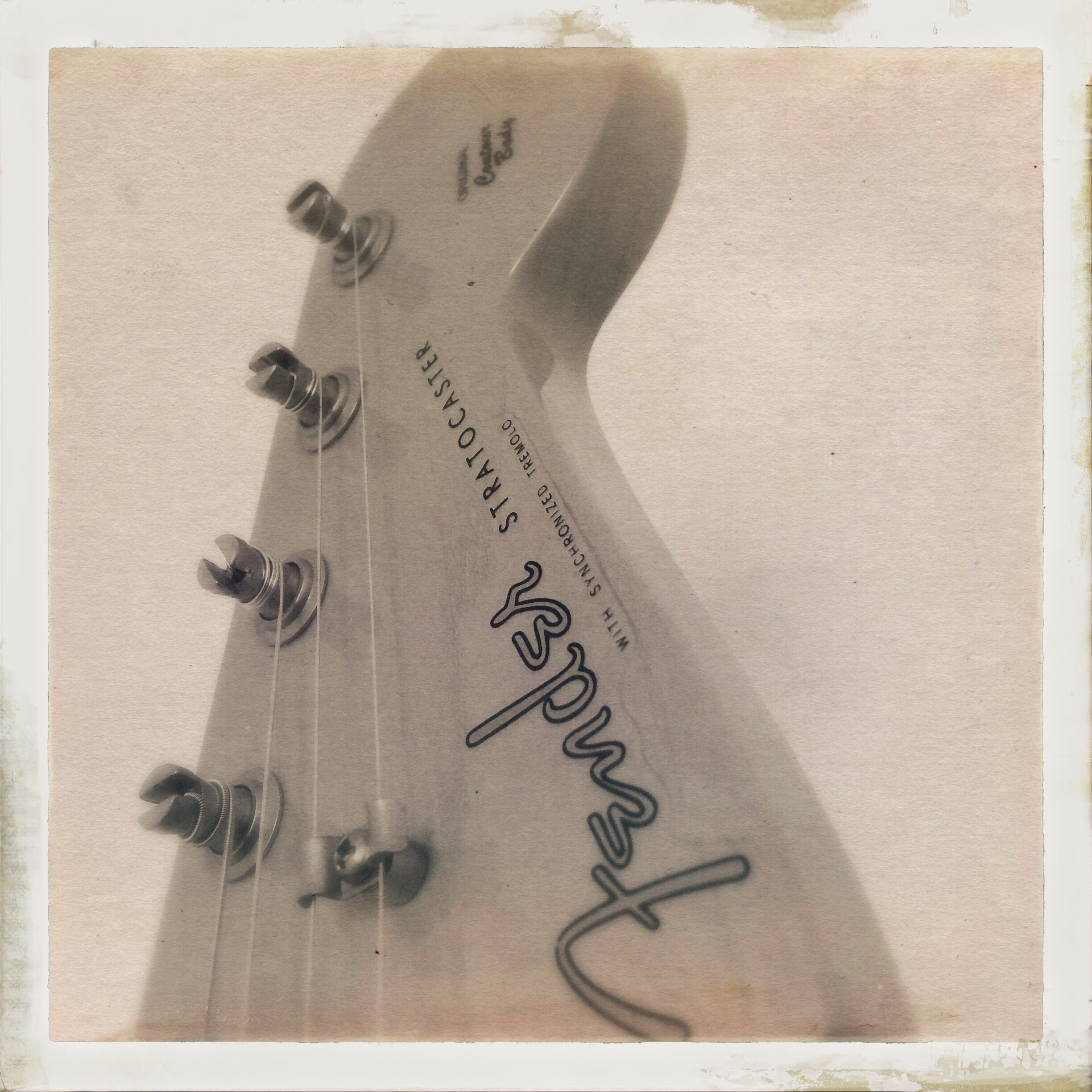 As with all reissue strats, this one has the right sort of body, rounded where it should be and made of two pieces of alder, good maple on the rest of the neck and transfer added over the lacquer…they nearly put the “original contour body” decal on at the wrong angle on this…but it’s all good.

I restrung this one with 11’s, blocked off the trem and left the three way switch in. I also cleaned up the board with a bit of lemon oil and polished the frets up nice. I even took it to practice and had a blast running through a 65′ reissue twin and a JHS Angry Charlie…it played and sounded killer, all stock!
So, here I am, nice problem to have eh? Stuck with two great strats, where do you draw the line though?
I thought a re-fret and re-radius is an easy option, especially on a rosewood board Strat, perhaps some new pickups? New caps? New block?
But then, do I need to do any of that? Really?
It’s as stock as it gets and I couldn’t tell any tonal difference between it and my tastefully modified 57′ hot rod…I simultaneously swapped strats between numbers too and aside from the 57′ being a bit easier to play with bigger frets and flatter fretboard, there was nothing to separate them, to my ears anyway!
This guitar has made me appreciate a different radius, thin frets and a slightly higher action, I had that all when I was 12 on my other strats, so what changed? Playing habits? I can’t tell you, what I do know is, that if you dig a little deeper on your Fender, work for the sound a bit more, the sore fingers and tone you can pull out of one of these things is just incredible. 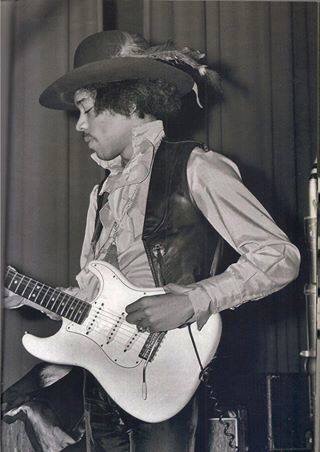