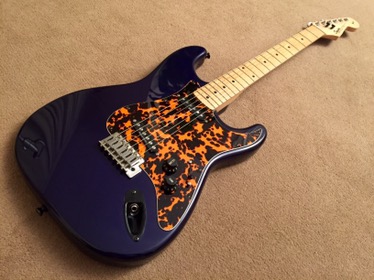 One of those cheap gems…

First a little history of me and (the lack of) Stratocasters in my life. I’ve never liked them, not one. When I worked in a guitar shop for most of my twenties we had a rack of USA Fenders and never did one stand out as something I’d ever play myself.

Don’t get me wrong, I’m not a Strat hater, Fender have made some beautiful looking Strats and obviously some of the greatest songs of all time have been made using them. I just never found one I personally liked to play, simple as that really.

I got this Squier in a deal with a ruck of other cheap low end guitars. Nothing particularly stood out about it amongst the pile to be honest, and other than the 50th Anniversary headstock decal giving away that it was a 1996 model I didn’t really pay it much attention.

It was only when I started working through each one a few days later that I noticed a few things – the weight of it to start with. This thing is approaching Les Paul weight, due to the solid thicker Korean body. Within ten seconds of picking it up I knew it was one of the very few guitars I’d actually be keeping. The one piece maple neck is simply outstanding. The notes just jump off the fretboard when played unplugged, with a bell like chime quality.

I really begrudge spending good money on cheaper guitars as a rule, as although odd things can increase the guitar’s resell value many upgrades never recover a decent enough return on their initial outlay. This guitar just has that something special, that you rarely find in any price bracket of guitars; you just want to play it, again and again.

So, the upgrading and modding continues to this day. This guitar is just a delight to play, and sits comfortably next to guitars worth more than ten times over.

As I bought it, untouched by tinkering hand: 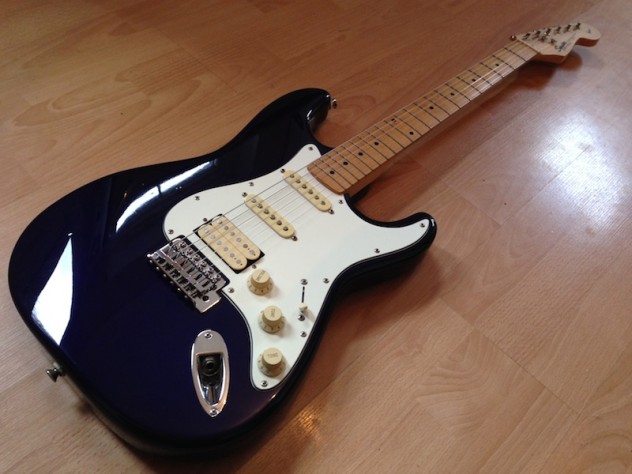 First round of Modifications 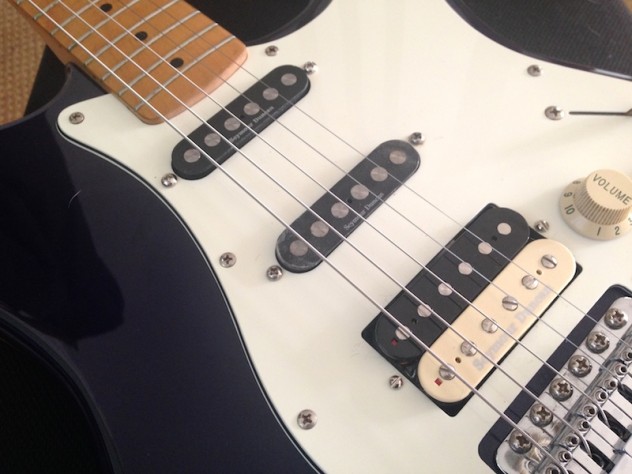 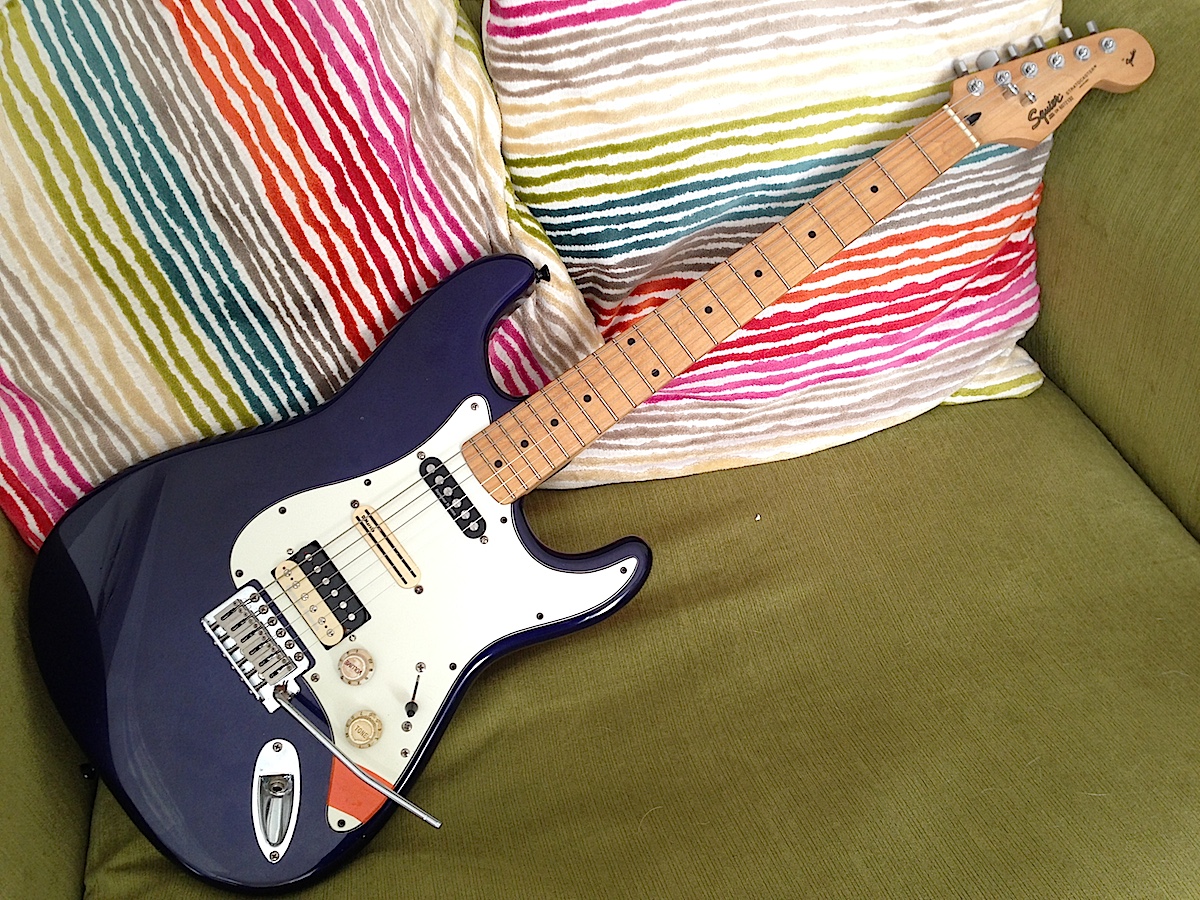 A rough sound sample with this pickup/wiring configuration:

Regular single coil in between the Quarter Pounders, wired out of phase. Volume & tone dials changed to black.

New tiger print scratchplate with Telecaster wiring set up: Seymour Duncan 1/4 Pounder in the bridge, Ibanez INFS1 in the neck. The Ibanez, although being a stock pickup on their lower mid range guitars, is made to work in between two humbuckers. It’s a really good match for the high output Duncan. Black jack socket also added. 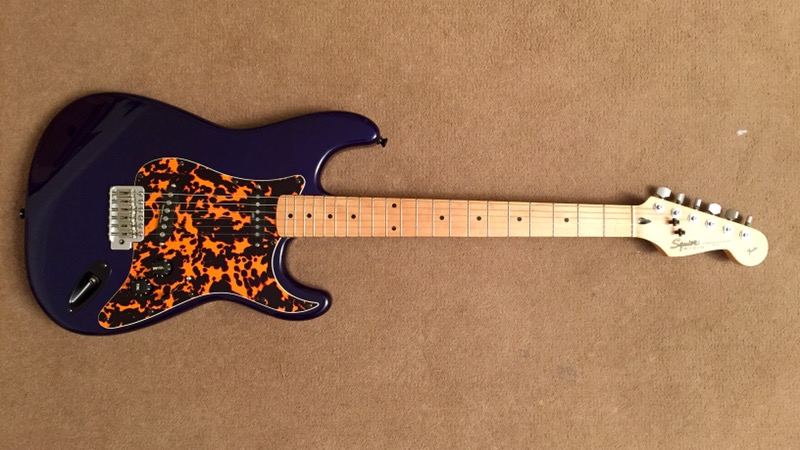