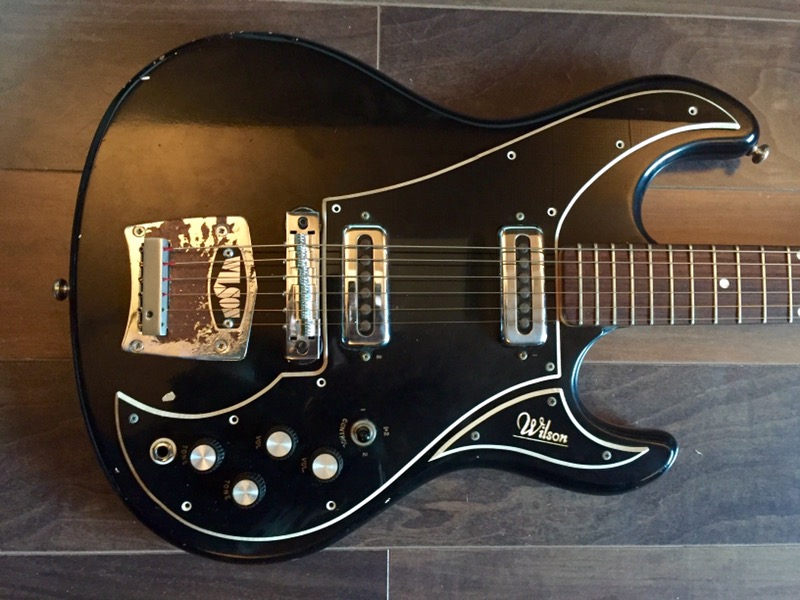 I set this guitar up for the band Hidden Charms, who at the time of writing were gaining huge commercial plaudits for their first single, “You love cause you’re there”.

There are no definitive records regarding Wilson serial numbers, but a little research indicates those serials in the 18xxx’s are likely to be 1973 – 1975. 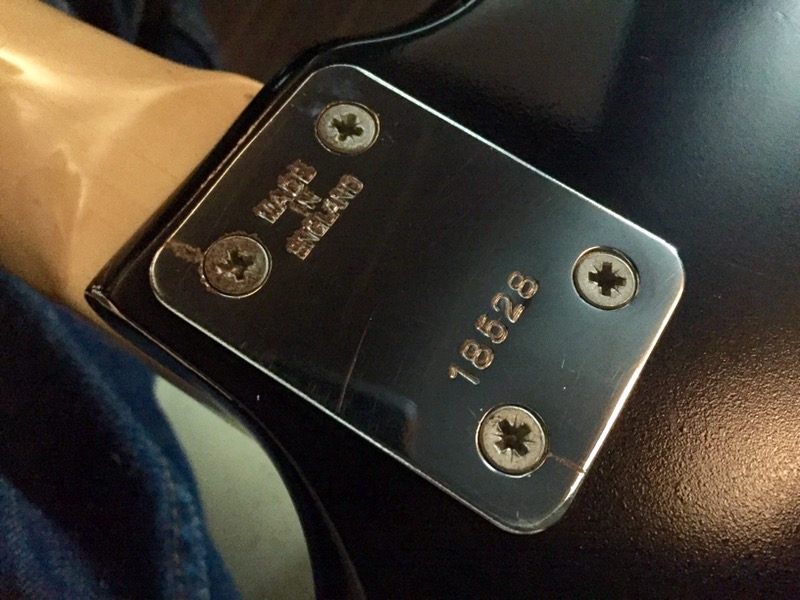 The band had never touched the guitar in terms of setup or repair so it was interesting to find out what was under the hood. 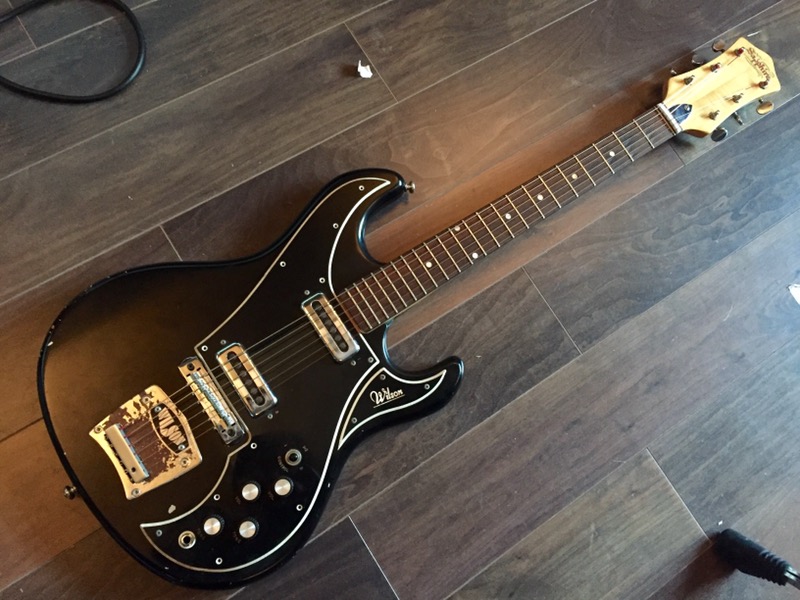 The tremolo system took my eye first: a flat metal plate attached to the top with some kind of counterpoint trem block. There was no rear access cavity so I removed the plate to find the entire trem, springs et al, were nearly engineered to fit snugly on the back of the plate. 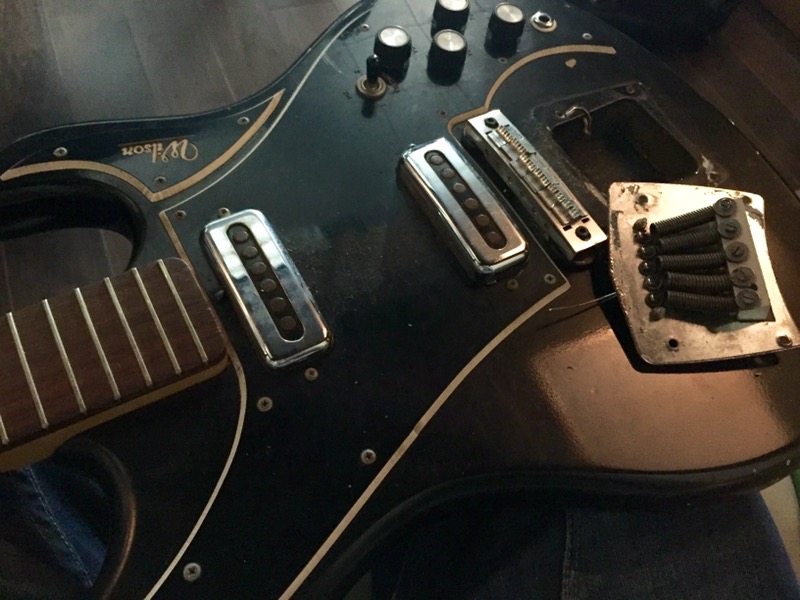 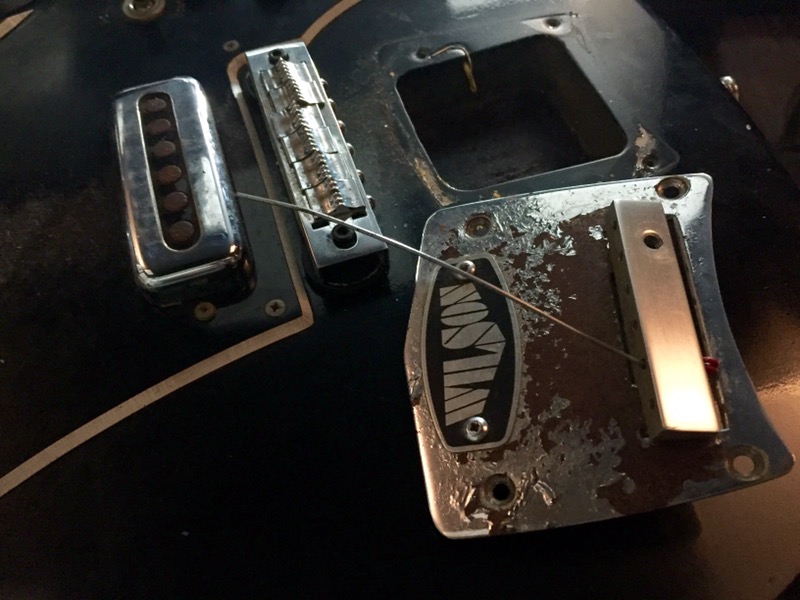 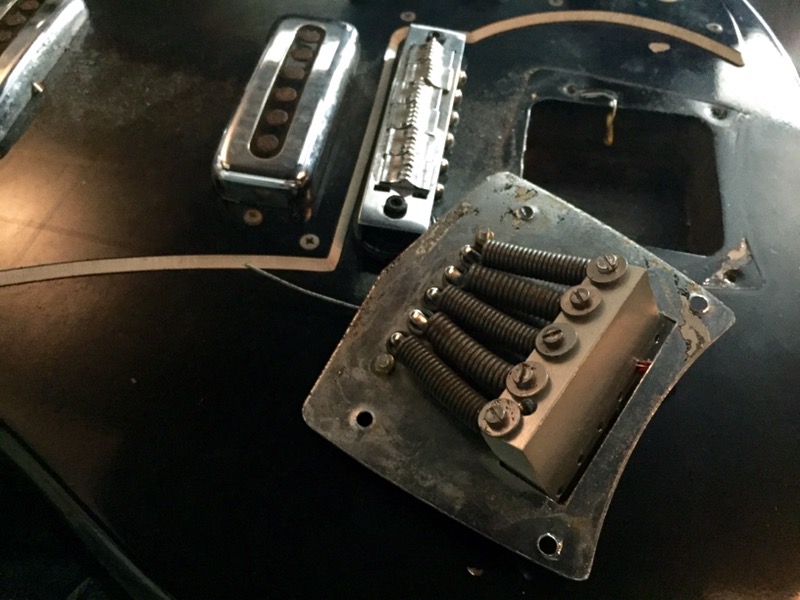 All electronics appeared to original, with 470k pots.

Set up with flat wound 11’s the Sapphire played really well, and plugged in sounded warm and gritty. 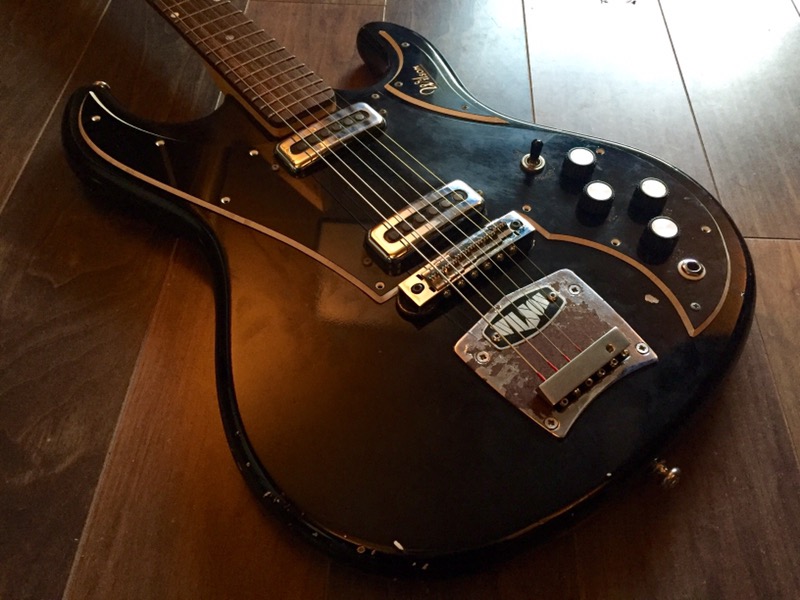